Hotel Splendide Royal in Rome – Not splendid, not royal 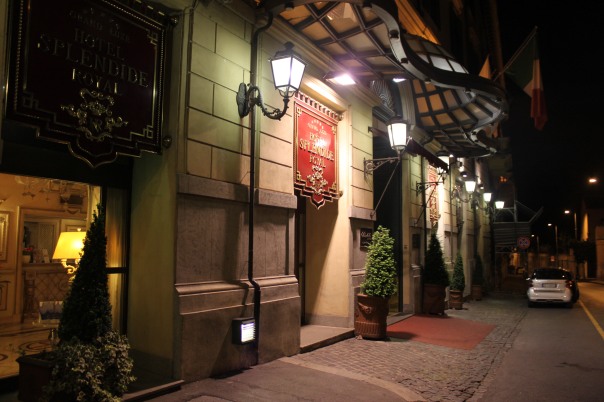 The 5-star Hotel Splendide Royal in Rome is a member of the Small Luxury Hotels of the World and advertises itself as “designed to be royal and luxurious.” We really don’t know what royalty they are talking about but suspect those that have lost all their money gambling and now reside in this hotel that at least has “royal” in its name. We stayed in a suite that was smaller than most standard rooms in an average 5-star hotel. The so-called living room could barely accommodate two people. The bedroom wasn’t much bigger.

The top floor Restaurant Mirabelle boasts of having one Michelin Star. We suspect the Michelin people have not been checking on their client recently. Sure, the view from the 7th floor over Rome is amazing, mesmerizing and the atmosphere romantic. But the food was really below any standards. The pasta was overcooked and the sauce tasteless, the fish a bit chewy. There is no bar downstairs and the one upstairs closes in the evening when the restaurant opens. To call it a bar is probably a bit pushing it since there are only two bar stools and enough space for about 3-4 people to mingle without getting their elbows into each others faces.

Hotel Splendide Royal definitely does not deserve its 5-stars, 4 maybe, if not 3.5. Or it needs a major face-lift to get up to the level it professes it is already.